The Scrum Guide by Ken Schwaber and Jeff Sutherland states about the Scrum Master role: 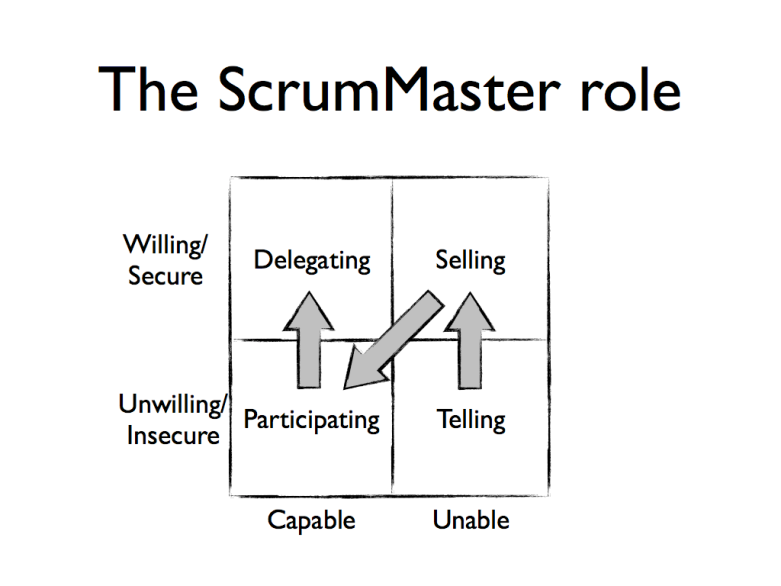 In my experience switching between the left and right columns of the diagram is a challenge for most Scrum Masters. Some Scrum Master have the tendency to adhere strictly to the Scrum rules and give strict rules to the team. They are successful in the „Telling“ and sometimes in the „Selling“ state but often mess up the transition to the „Participating“ state. They just can’t let the team go.

And there are the Scrum Masters with a coaching mindset. They work successfully in the „Participating“ and „Delegating“ states but are challenged by unable teams. They often have problems providing the concrete guidelines to the team that it needs then.

One interesting question is of course: „Where is my team?“ A simple test is to not show up in a Daily Scrum. Will the team do a proper Daily Scrum? Then it is probably no longer in the „Telling“ state. What about the retrospectives? Is the team creative in finding solutions for its problems and does it implement the solutions successfully? Then the team is probably in the „Participating“ state. Or does the team just creates a list of things that other people should do? Or does the team create action items but fails in implementing them regularly? Then the team hasn’t reached the „Participating“ state yet.